Wakulla Spring Basin Working Group
The Wakulla Spring Basin Working Group was organized in 1992 to strive to protect Wakulla Spring.  The working group was composed of all stakeholders having knowledge of hydrology, water quality, land use planning and other expertise.  The working group assembled information about the spring, its values, threats to those values and solutions for overcoming the threats.  DEP terminated the working group in 2011; however, during its nineteen years, more research and monitoring projects were undertaken than for any other Florida spring.  See the list of accomplishments by stakeholders during 2009. (Link)

Land Acquisition
Some notable examples include state acquisition of 8,000 acres in the basin near the spring to protect the water flowing through the caves to Wakulla Spring.  Approximately half of the land is managed by the state park and half became the new Wakulla State Forest. 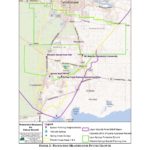 Aquifer Vulnerability Assessments have been completed for Leon and Wakulla Counties.  These maps indicate the areas of these counties where the aquifer is most vulnerable to contamination. 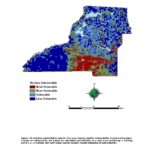 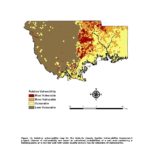 Research
Twenty research and monitoring projects, conducted by six agencies, were underway in the basin in 2010.  Exploration of the cave system by the WKPP divers has provided invaluable maps of the caves.  Dye trace studies have confirmed connections between creeks and the spring and Tallahassee’s stormwater, wastewater and Woodville’s septic tanks.  Monitoring projects are tracking the amount of nitrate in the spring water and the volume of spring flow.

Best Management Practices
Volunteers and park staff have removed trash from two sinkholes including a Ford Thunderbird and a motorcycle.  Based on recommendations of the working group, the Department of Transportation stopped the application of 218 tons of fertilizer on 195 miles of highways crossing the spring basin, and Tallahassee Community College has stopped applying one ton of fertilizer a year on the college campus. The City of Tallahassee stopped fertilizing the Southeast Wastewater Sprayfield and also removed cattle from the facility.

Regulations
The Department of Environmental Protection has established a Total Daily Maximum Load (TMDL) for nitrate in Wakulla Spring and the upper River, and is currently developing a Basin Management Action Plan (BMAP) to reduce nitrate and restore the spring and river.  This is a weak regulatory document that delays action to protect the spring.  The City of Tallahassee has undertaken major upgrades to the wastewater treatment plant costing $225 million resulting in advanced wastewater treatment which has lowered nitrate at the sprayfield to 3 mg/l.  No other city has done as much to protect a Florida spring.  The City and Leon County have spent millions of dollars for stormwater management to reduce polluted water from reaching our drinking water and the spring.

Education
A Walk for Wakulla Spring was conducted from City Hall to Lake Munson in 2005 and the Maclay School cross country team relayed a bottle of Wakulla Spring water to the Capitol during the Florida Springs Rally in 2010.  Educational car caravan tours of the basin and frequent presentations are given to local organizations to inform the general public.  Symposia and workshops have been conducted in which scientists have informed the public about their work in the basin.