On January 7, 2023 at approximately 12:45 pm, Woodville Karst Plain Project exploration divers Blake Wilson and Steve Cox established the physical connection between two of the longest underwater cave systems in the world located in northern Wakulla County, Florida.  The exploration team entered the Wakulla Cave System from Turner Sink located within Edward Ball Wakulla Springs State Park to continue exploration and mapping of a passage identified in 2021 as the most likely connection to the nearby Chip’s Hole Cave System.  In June, 2021, WKPP divers released 2 gallons of dye from a strategic location in the Chip’s Hole System and placed sampling sensors in and around Turner Sink in an effort to identify the path of the dye and potential areas where the massive cave systems might connect. The dye trace results revealed one primary target and the WKPP exploration team has been pursuing that target for the past 18 months in hopes of finally connecting the cave systems.  Using special cave diving equipment for deep, restrictive passages, the explorers were able to further the exploration of this target passage over a series of dives and remained confident they were on the right track.  Recent dry weather and minimal rainfall have provided clear water conditions within the cave systems, enhancing the exploration efforts.  Saturday’s dive plan involved returning to the limit of exploration in the target passage and pushing further to close the gap.  During the previous dive a week earlier, the team caught a break as they discovered a large vertical chamber where the cave passage ascended from 150ft to 50ft depth with ongoing passage and good flow at the top of the chamber.  50ft was the last recorded depth during the exploration from the Chip’s Hole System so they knew they were close to making a big discovery. Upon returning to the vertical, “waterfall” room on January 7, the team assessed the way forward and discovered within less than 100ft a stained cave diving guideline and survey marker partially buried in the silt covered floor.  They verified the marker as a Chip’s Hole marker they placed during exploration in 2016 and proceeded to enter the Chip’s section to confirm the connection was finally established.  The team discovered the June 2021 dye trace injection containers further into the Chip’s passage and the realization the connection had finally been made after 25 years of work became apparent.  Upon completing the cave mapping survey plus video footage, the team began the 60min exit back to Turner Sink to complete the obligatory in-water decompression before surfacing to share the discovery with the support team.

At more than 38 miles of mapped cave passageway, the Wakulla Cave System is the longest underwater cave system in the USA and ranks among the largest, longest and deepest cave systems in the world.  The Wakulla Cave System extends from beneath the Apalachicola National Forest in southwest Leon County and trends southeast into Wakulla County towards Wakulla Springs before turning south towards the Gulf of Mexico. The system crosses beneath federal, state, corporate and private property with 28 confirmed entrances (sinkholes-karst windows) including Wakulla Spring.  The Chip’s Hole Cave System (Pipeline System) is currently mapped at roughly 7 miles of cave passageway with two known entrances located on St. Joe Paper property northwest of US319 and SR267 in northwest Wakulla County.  Both the Wakulla and Chip’s Hole systems drain massive amounts of freshwater south-southeast into the Wakulla Springs Basin and towards the Gulf of Mexico.  As with traditional cave exploration protocol, the Chip’s Hole System will be absorbed into the Wakulla Cave System and the new totals will be 45 miles and 30 entrances.

Established in 1990, the Woodville Karst Plain Project (WKPP) is a 501c3 non-profit scientific research entity dedicated to exploring, surveying, supporting research and promoting public awareness of the flooded cave systems beneath North Florida’s 450sq mile Woodville Karst Plain. Membership is open to qualified cave divers, researchers and those committed to protecting these resources for future generations. Current WKPP partners include US Forest Service, US Fish and Wildlife Service, State of Florida, Florida Geological Survey, Northwest Florida Water Management District, National Speleological Society, Wakulla Springs Alliance, universities, corporate and private landowners. The WKPP has explored and mapped more than 35 miles of cave passage within Florida with more than 22 miles below 190ft depth. Exploring, mapping and documenting these vulnerable, hidden resources and providing critical data to federal, state and local resource managers so they may better manage and prepare for threats to these resources has always been and will continue to be a priority for the WKPP.  Relevant data specific to this connection including updated maps, GIS Shape files, reports, video and images will be forthcoming. 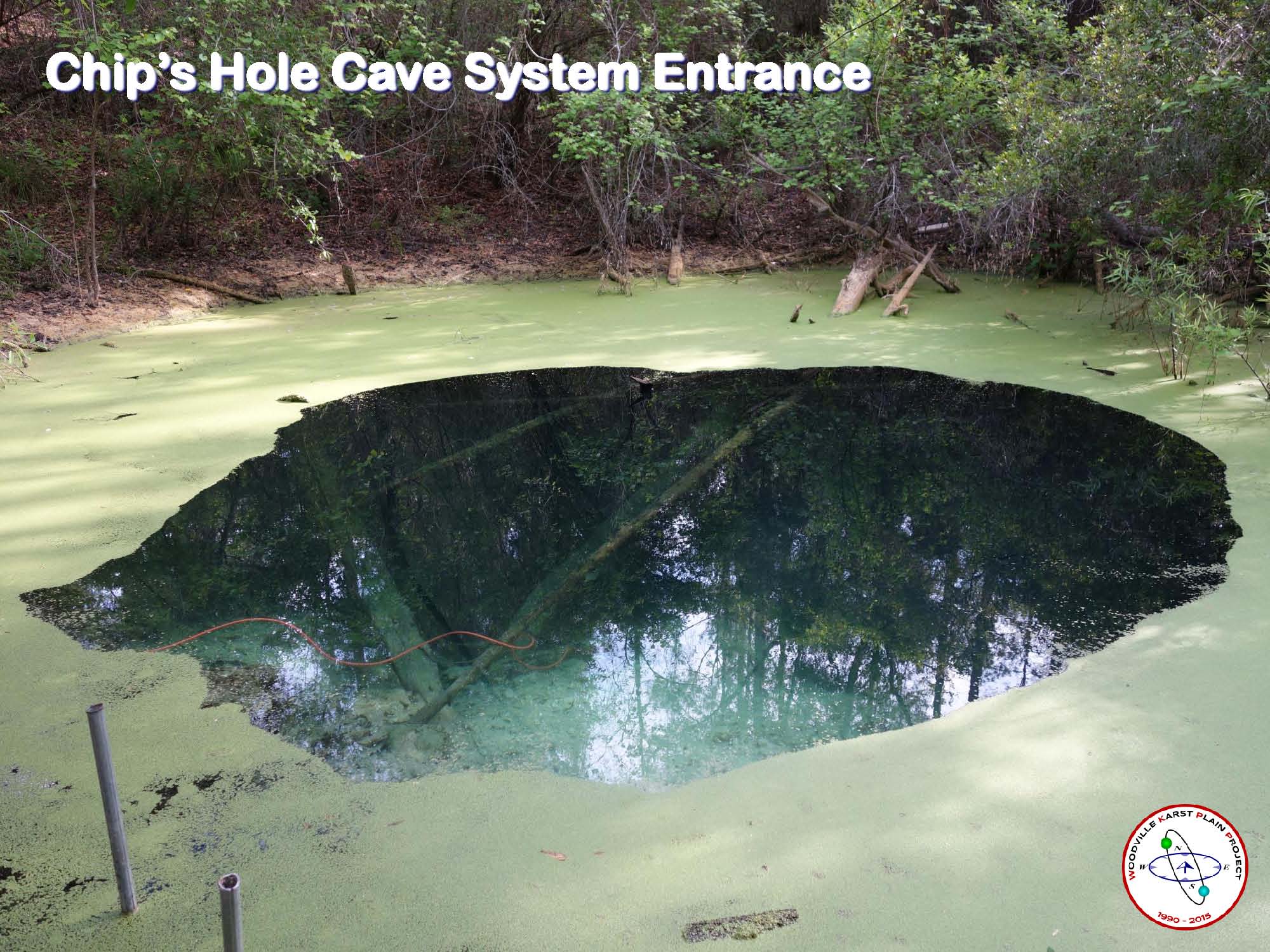